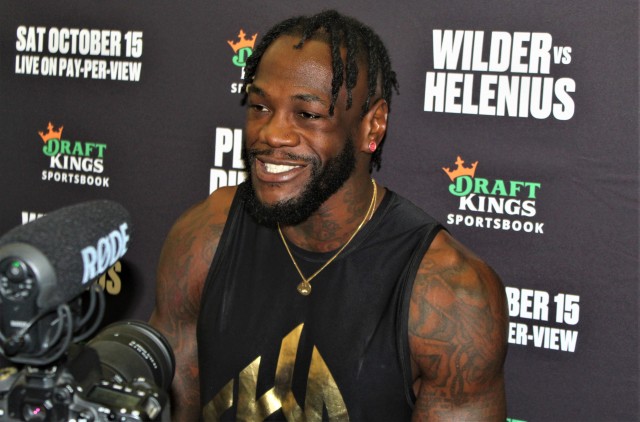 On Thursday afternoon, former WBC heavyweight champion Deontay Wilder hosted the media at the UFC Apex Gym in Las Vegas ahead of his latest ring appearance, vs. Robert “The Nordic Nightmare” Helenius.

The Wilder vs. Helenius bout will be a heavyweight title eliminator, set to air on FOX Sports pay per view, from the Barclays Center in Brooklyn, New York. Wilder is returning from his riveting bout with Tyson Fury late last year, the third in their memorable trilogy.
END_OF_DOCUMENT_TOKEN_TO_BE_REPLACED