Click the box below for a closer look at Justin Timberlake’s “Tunnel Vision” video (Photo: Billboard.com) 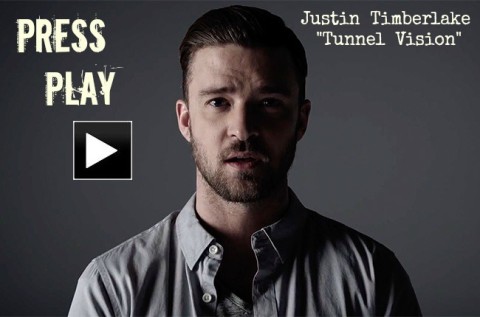 According to a report from Billboard.com on Wednesday, July 3, Justin Timberlake has released the official video for his track “Tunnel Vision” off of his “The 20/20 Experience” album.

The video shows a bearded Timberlake singing against a black backdrop with smoke coming up. Throughout the montage, you can spot naked women, with several breast shots as the clip wears on.

The track, which includes a cameo from Timberlake’s pal Timbaland, has gotten quite the response on YouTube, as some users seemed to praise Timberlake for his bold move to feature so much skin while others seemed to be a little offended.
END_OF_DOCUMENT_TOKEN_TO_BE_REPLACED